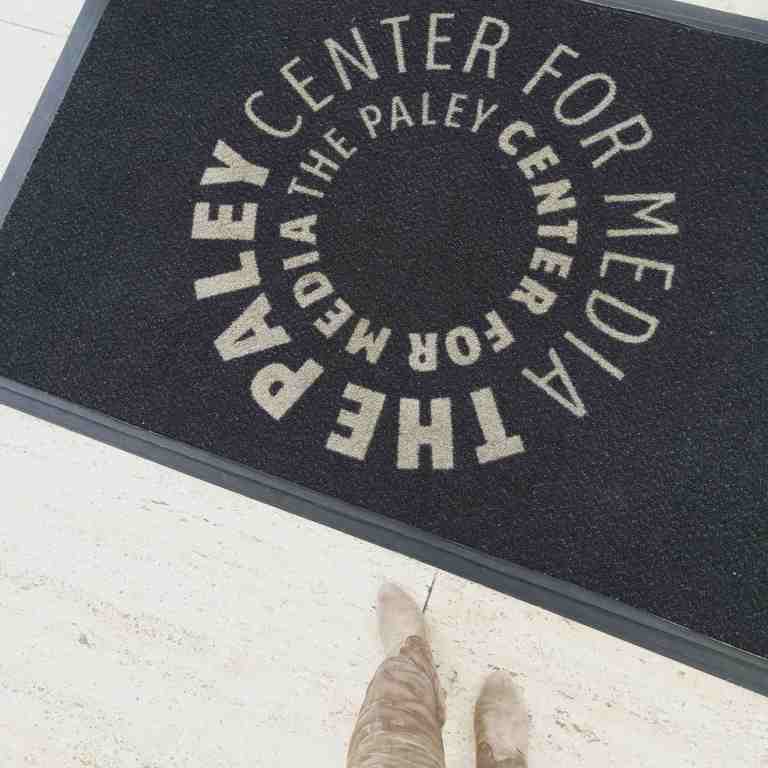 February is Black History Month so I decided to check out what the Paley Center for Media had on display in celebration of African-American diversity in media.

The first floor gallery of the Paley Center houses The Power of Our Presence – An Exhibition Celebrating the 10 Year Anniversary of the ESSENCE Black Women in Hollywood Awards. This exhibit features event photography from the televised luncheon from the last nine years, a replica of the luncheon’s table settings, video montages of red carpet interviews of past award honorees, various award memorabilia (such as the first design of the Essence Black Women in Hollywood Award and the updated Essence Black Women in Hollywood Award). Costume design memorabilia from current television shows, such as the famous Burberry white coat worn by Kerry Washington on Scandal, and Tracee Ellis Ross’s medical scrubs from the television show, black-ish, are also on display here. 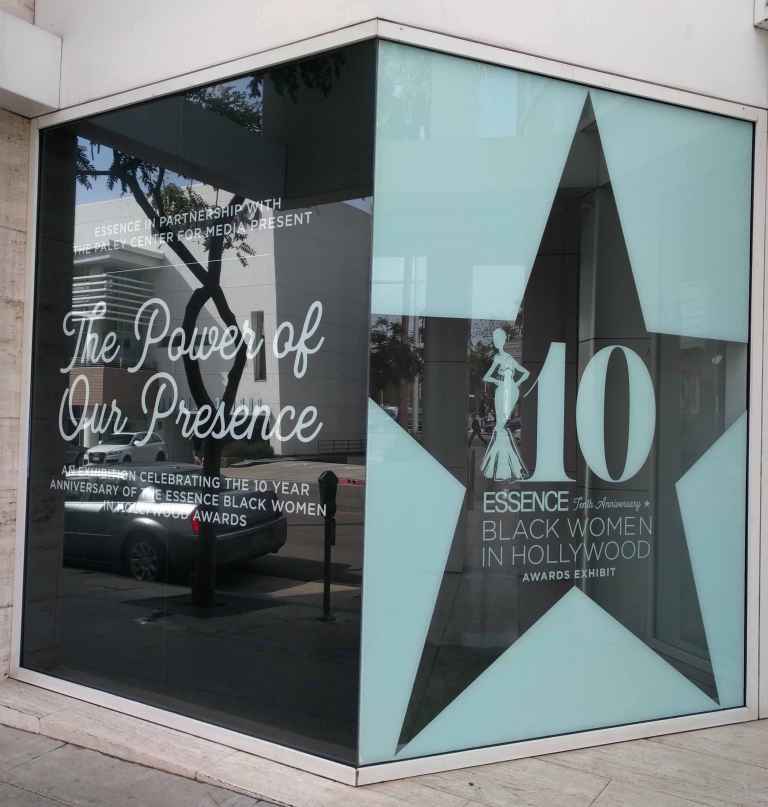 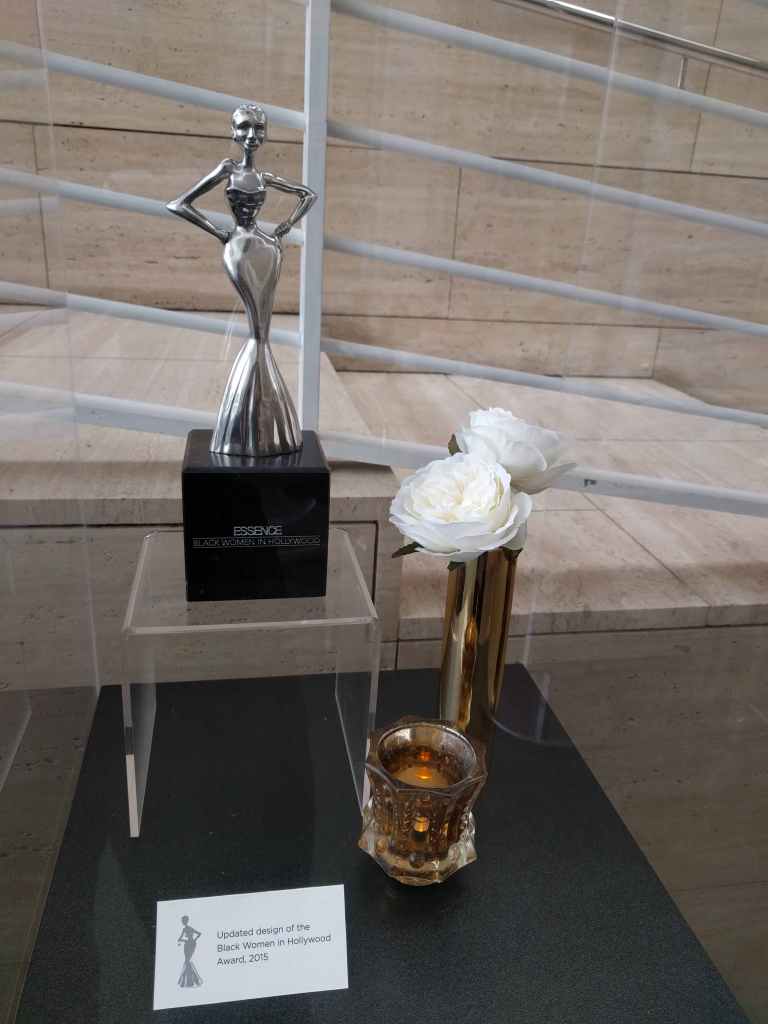 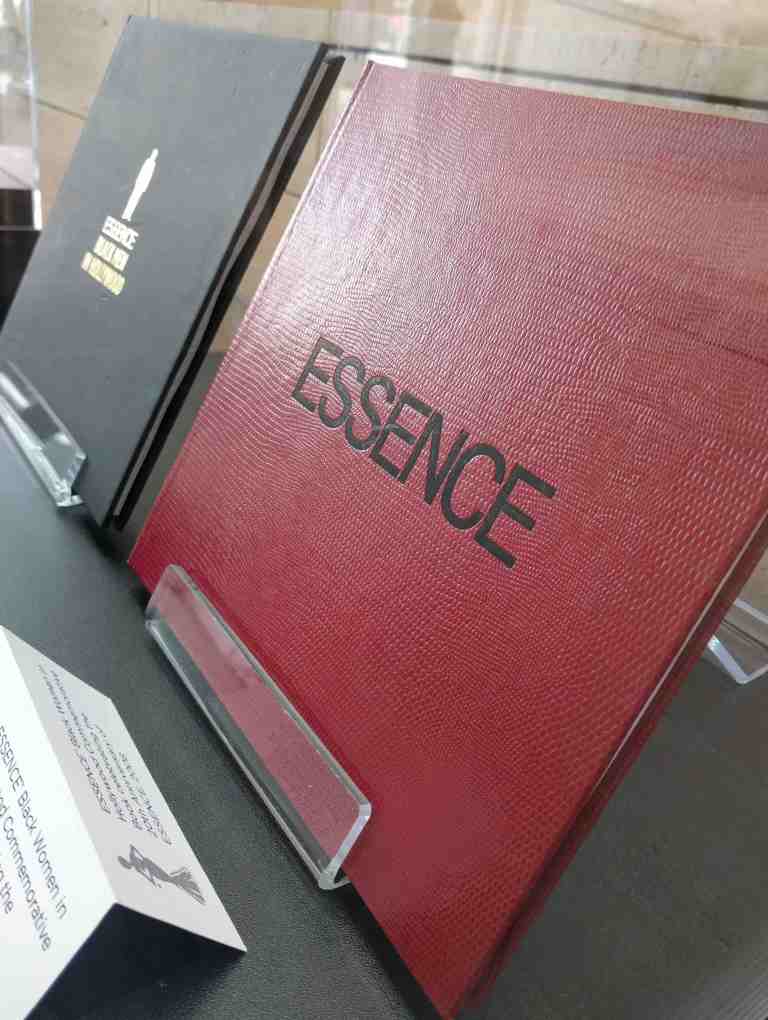 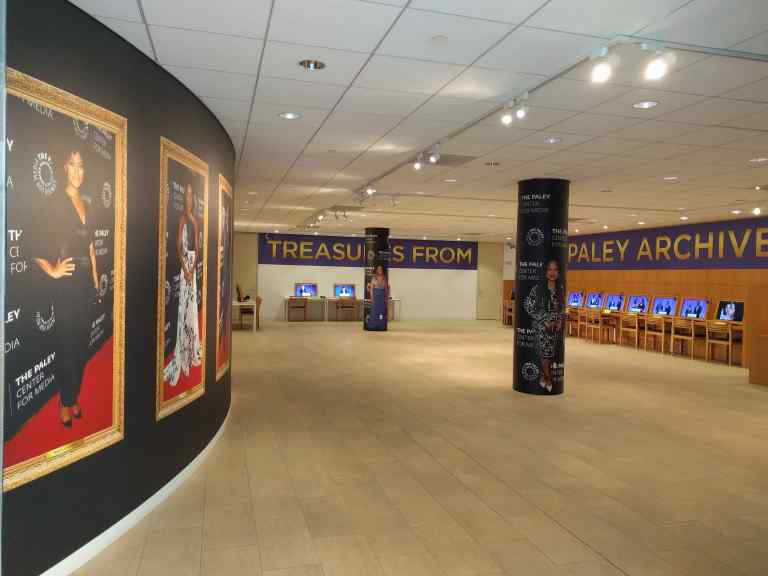 While a children’s craft activity center was set up to encourage creating superhero art out of historical African-American figures, parents were encouraged to admire Al Hirschfeld’s caricature artwork from The New Yorker and the New York Times, and Juan Ortiz’s speculative graphic design artwork for Star Trek: The Original Series.

While I immediately recognized that the Hirschfeld and Ortiz displays were not related to the celebration of Black History Month, it took me a good twenty minutes to appreciate Paley’s sense of inclusion, or an all-encompassing tone of diversity, in its gallery space, by including artwork in different mediums, and for all cultural backgrounds, together. A Paley docent later informed me that these art pieces are part of Paley’s Permanent Collection are are always on display at the Paley Center; they have simply been relocated temporarily to another room to allow for the larger-than-life photo portraits of the African-American figures in television to be displayed more prominently to celebrate Black History Month. 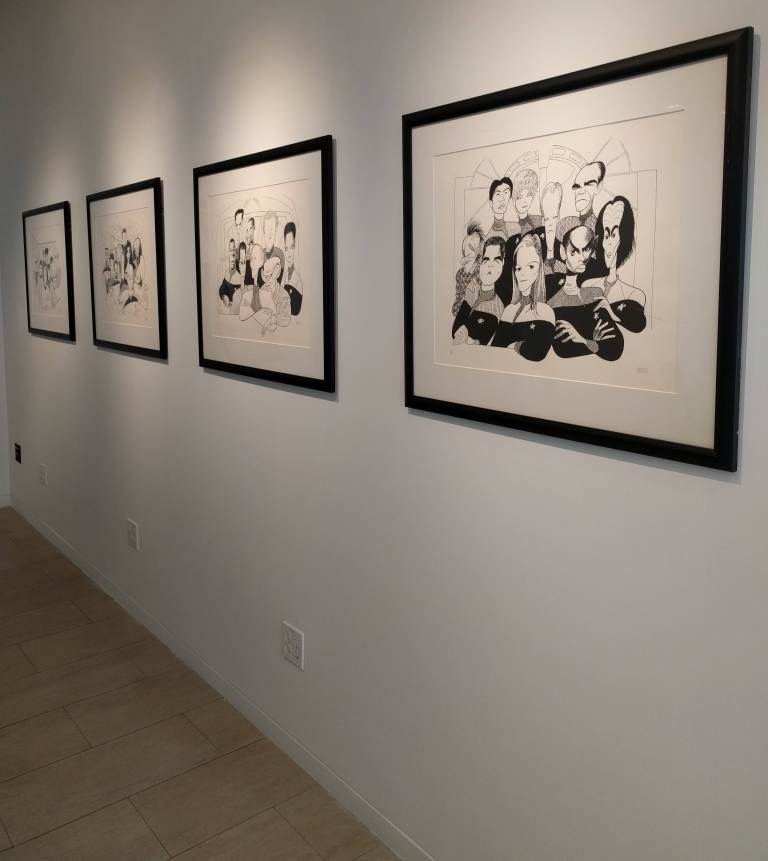 Before leaving the vicinity, one of Paley’s downstairs docents invited me, along with other venue visitors, to return to the Paley Center for Media at another time to further celebrate the African-American experience in television as there will be special screenings of television programs from its own Archive. If interested, the schedule of the free screenings are listed below: