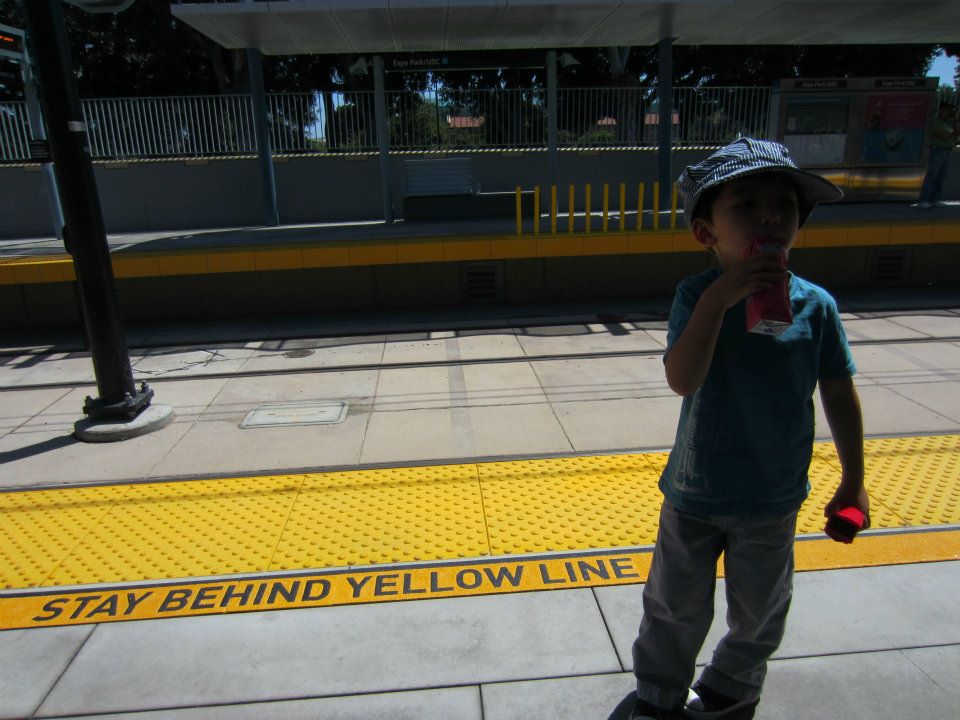 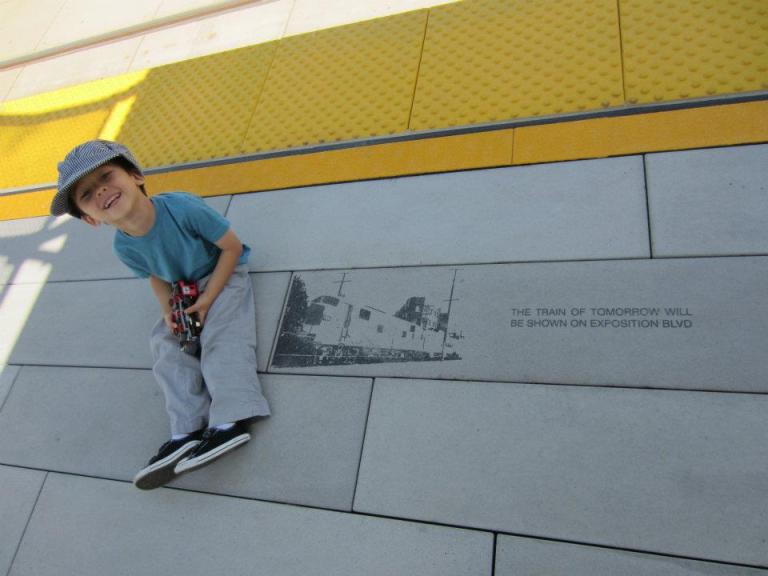 The Los Angeles County Metropolitan Transportation Authority (LA Metro) announced that the long-awaited USC/Exposition Park-to-Culver City Yellow Line, nicknamed locally as the Expo Line, would be up and running this weekend. LA Metro offered free rides during its Grand Opening weekend, wherein Los Angeleans can commute to the Grand Opening event at the USC/Exposition Park station. 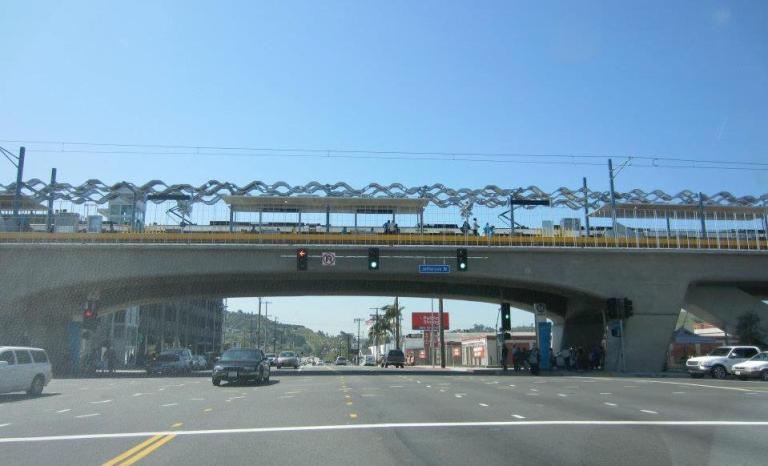 We arrived at the Culver City Station off Jefferson and La Cienega Boulevards and took a 35 minute commuter train ride to our destination. When we reached the USC/Expo Station, we decided to take a quick detour, so as to squeeze in a quick walk around Exposition Park, before attending LA Metro’s Expo Line festivities at USC.

We were happy to find that the Rose Garden Fountain at Exposition Park (usually dormant during the fall and winter seasons) was alive and well, seemingly dancing at the sight of the Grand Opening party across the tracks. The roses were in full bloom, so that was an added treat to see on this beautiful spring day. We briefly visited the forever free-to-the-public California Science Center general exhibits, as well as the neighboring California African American Museum, before finally crossing the train tracks to join in the celebration of the Expo Line’s public Grand Opening. 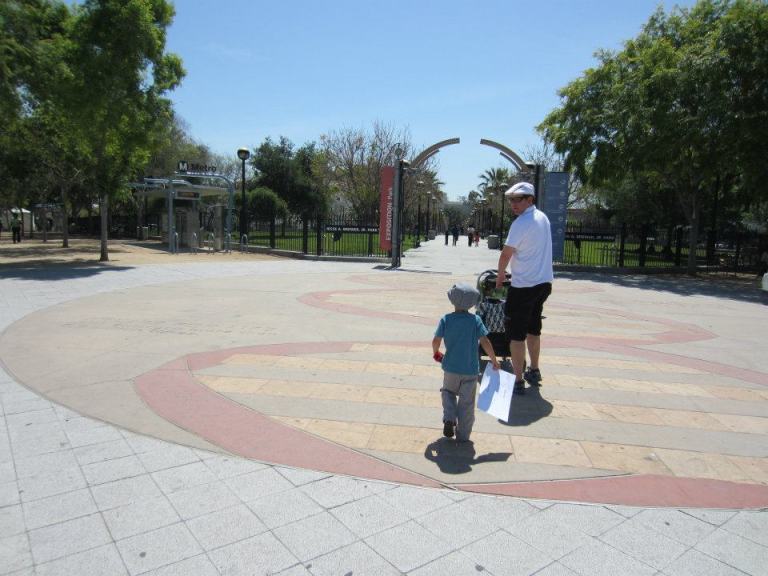 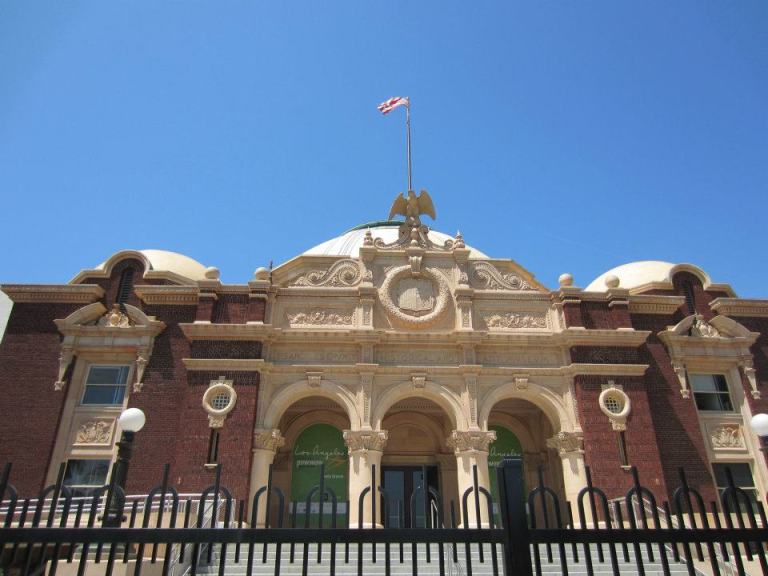 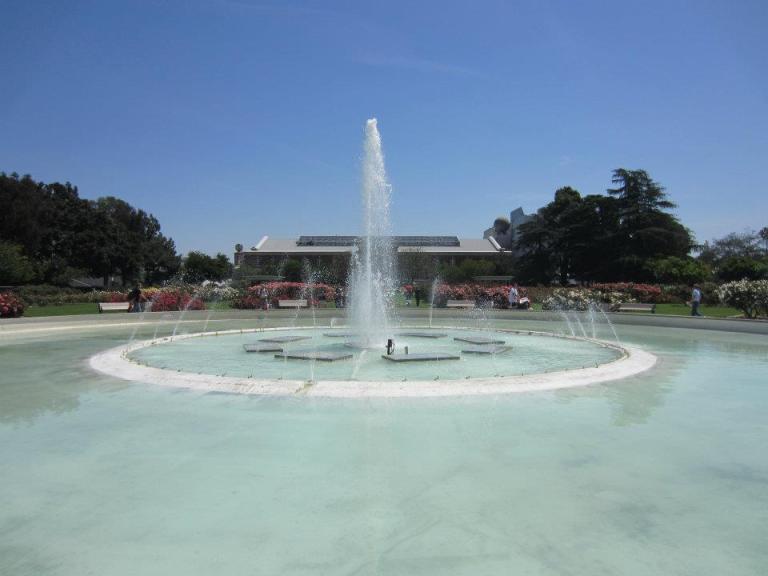 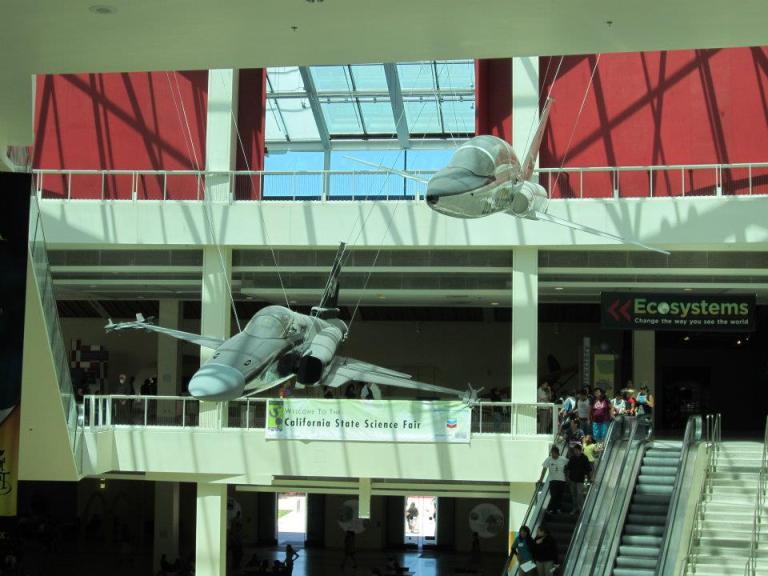 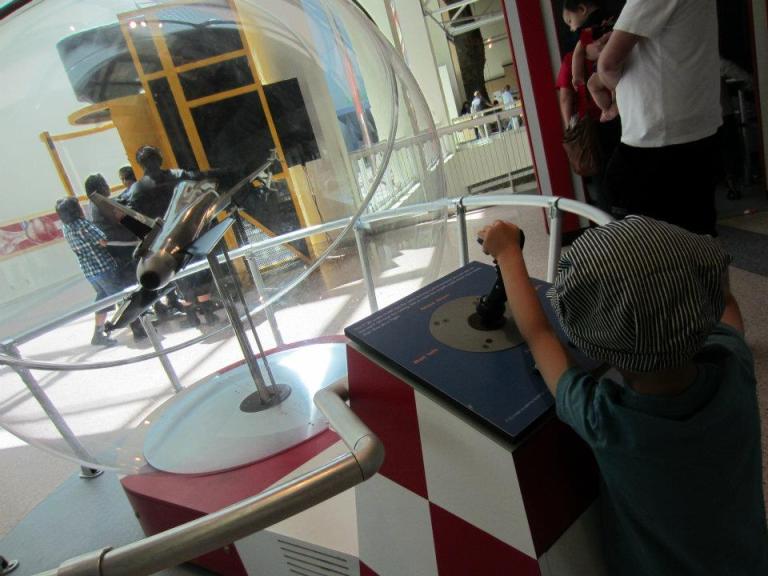 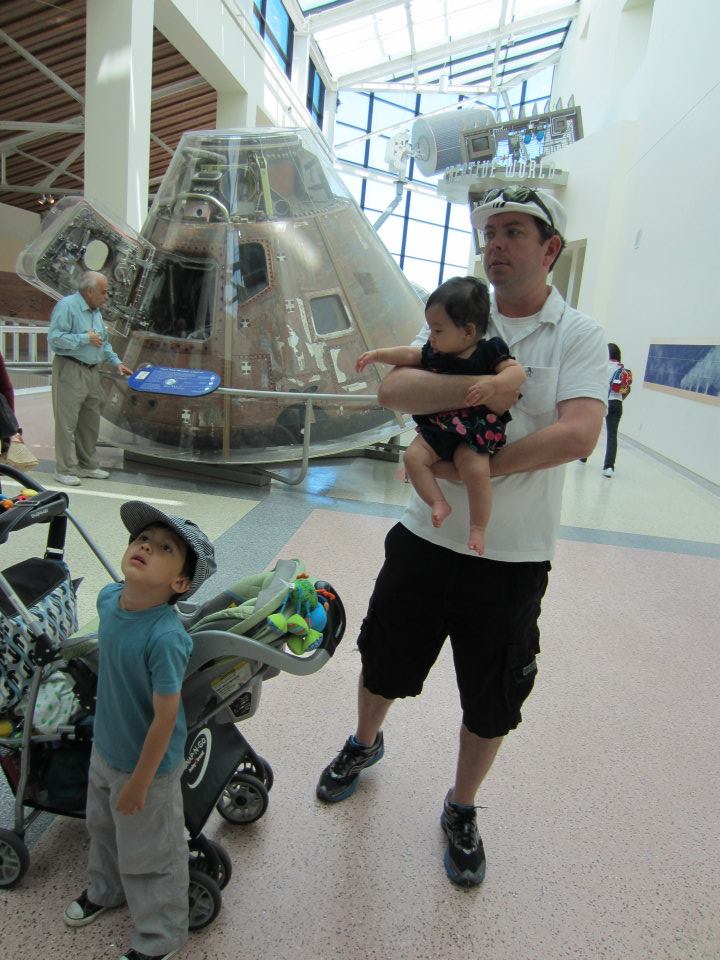 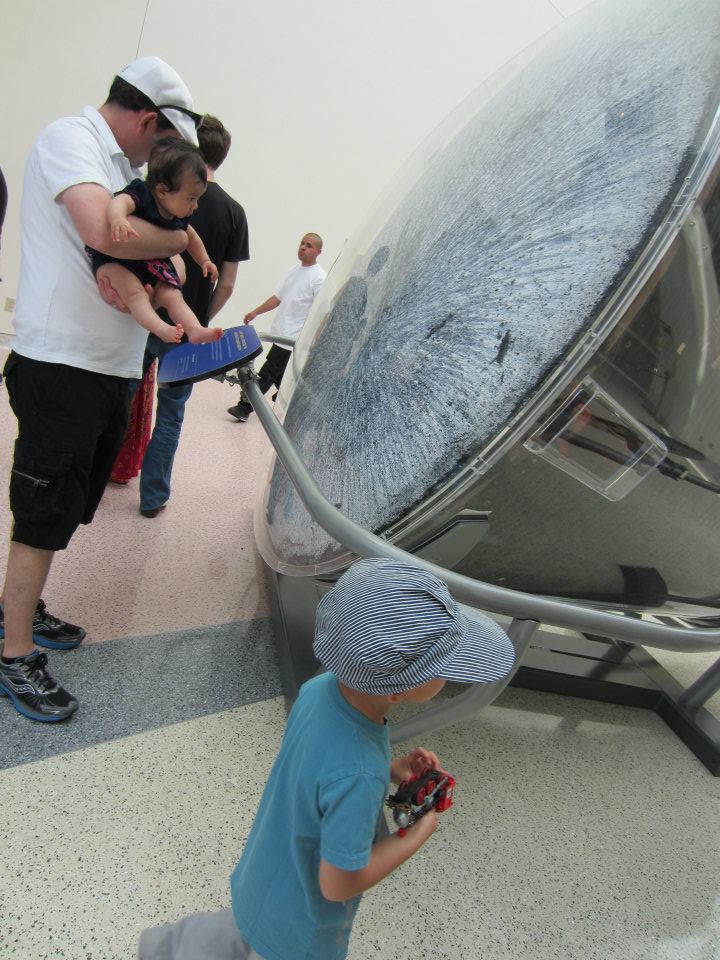 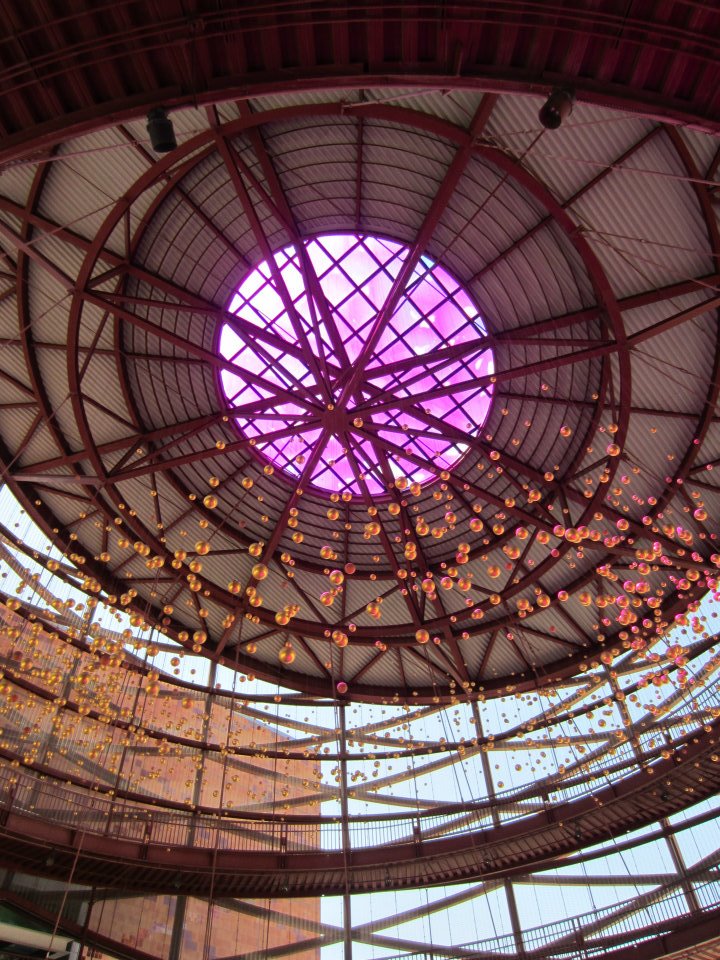 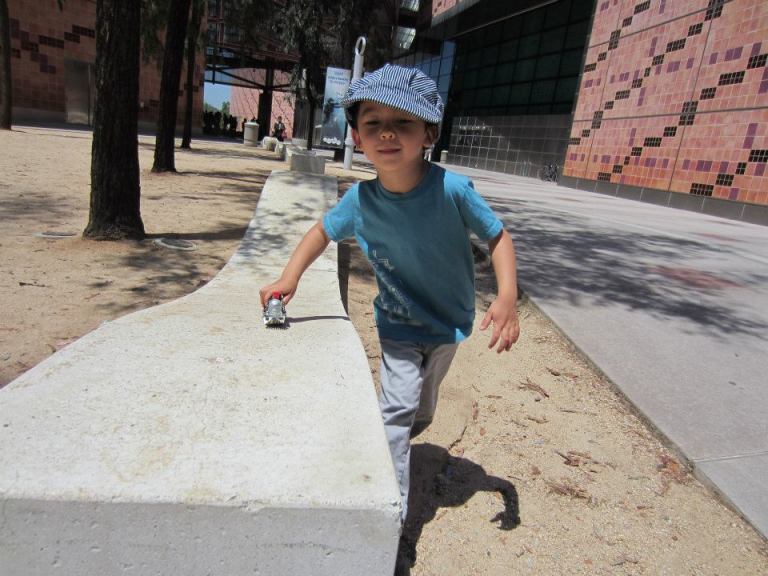 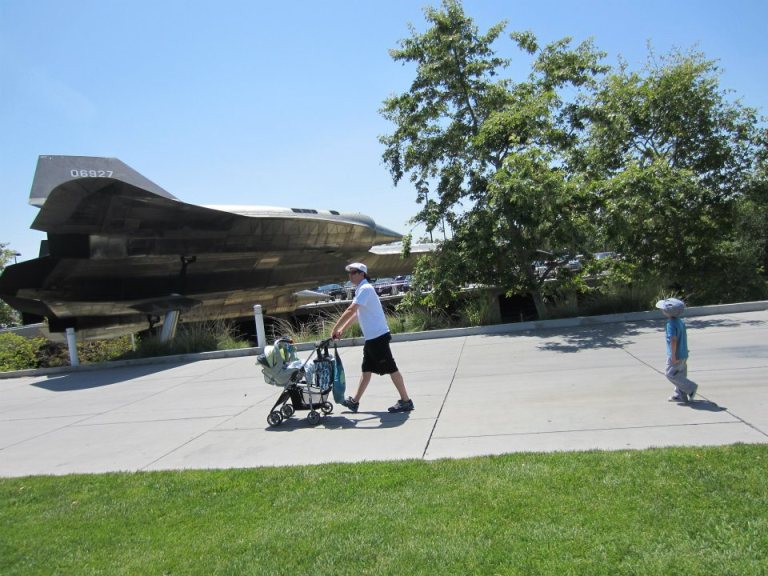 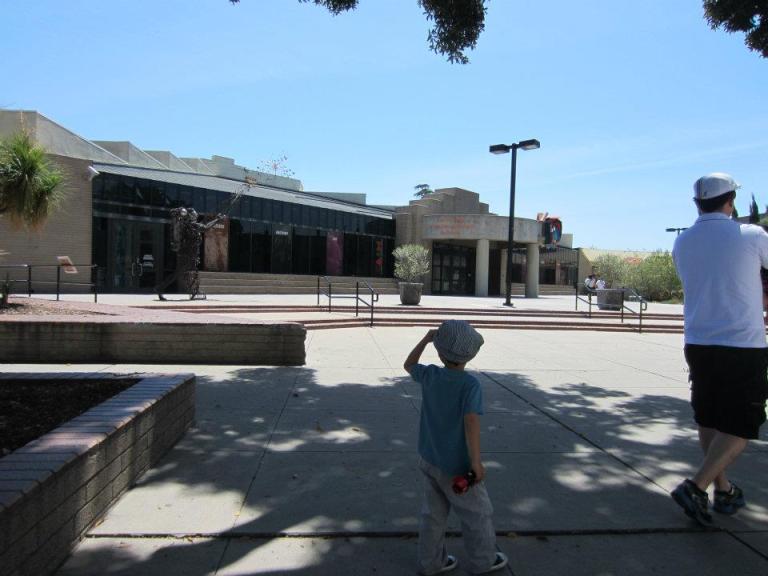 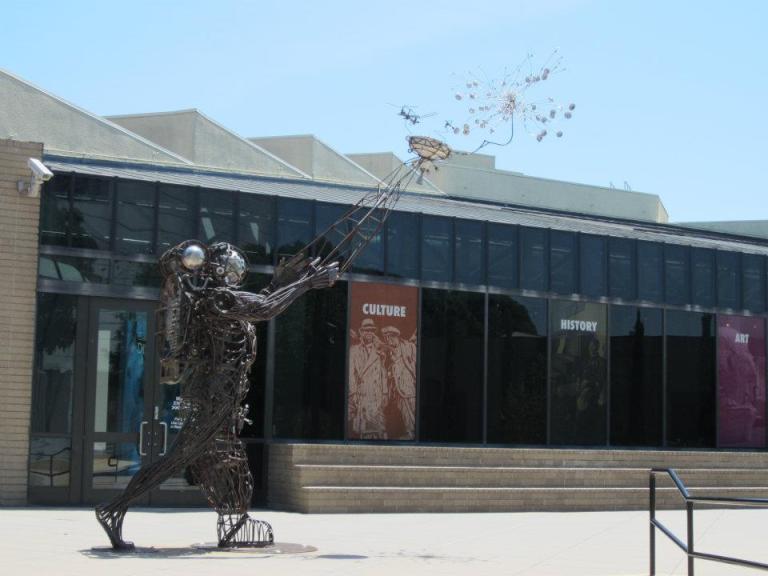 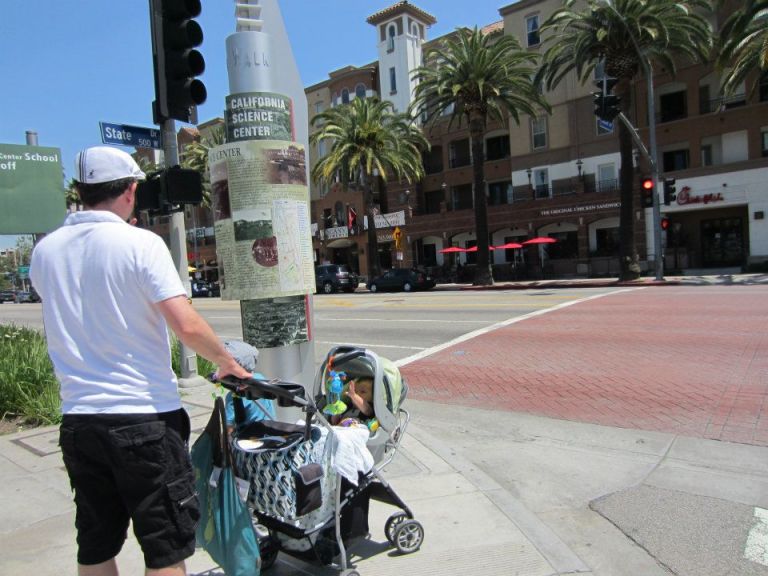 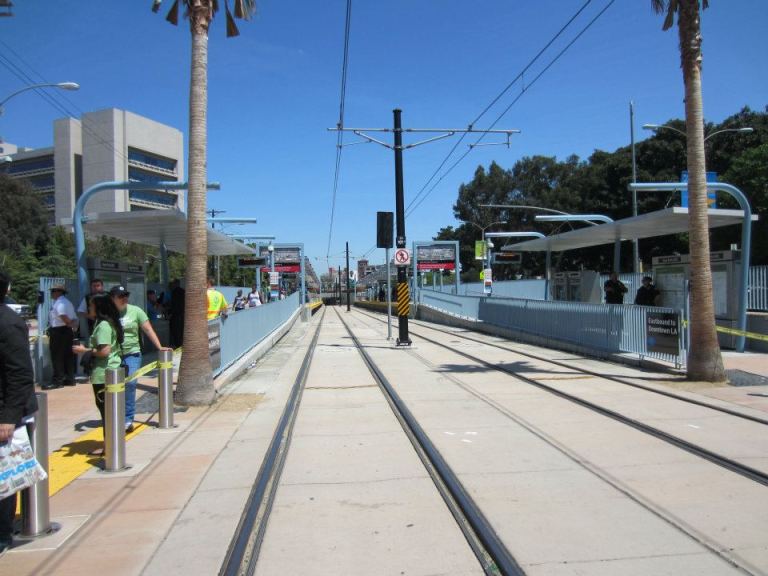 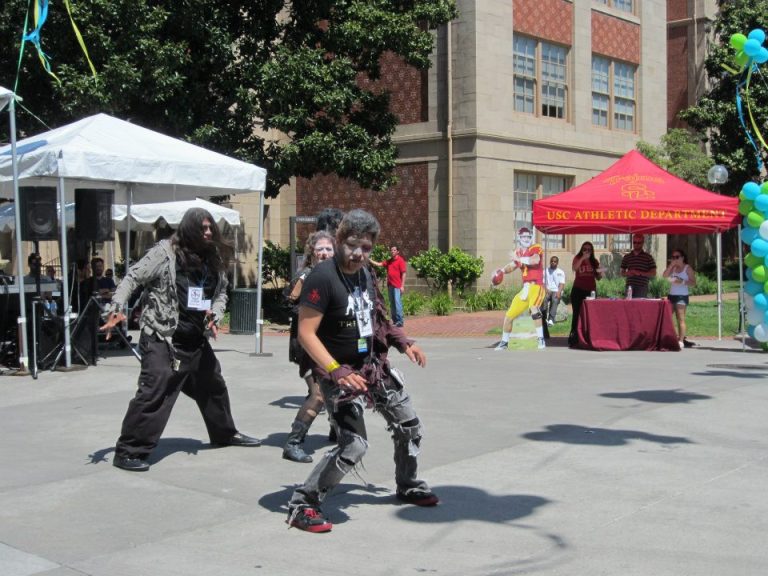 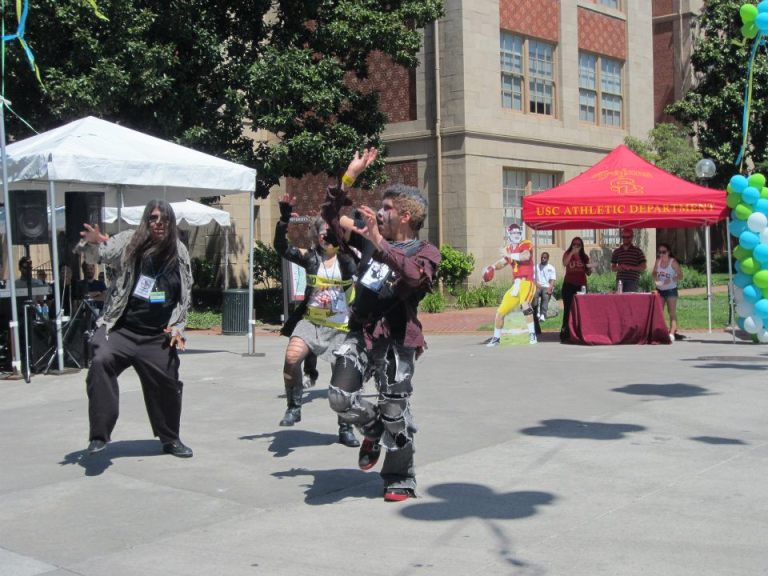 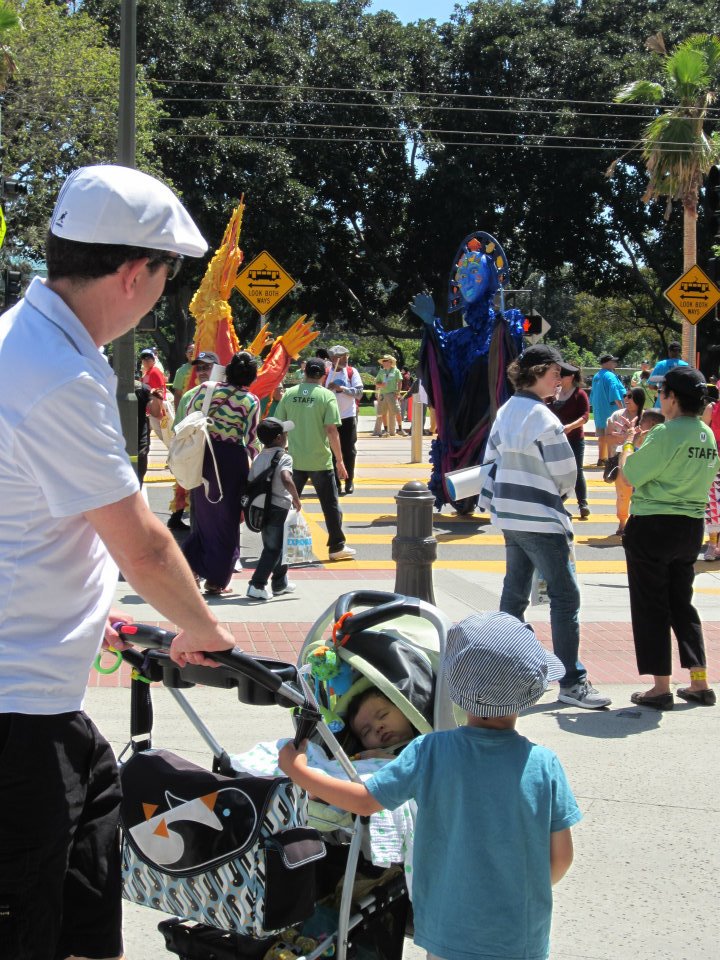 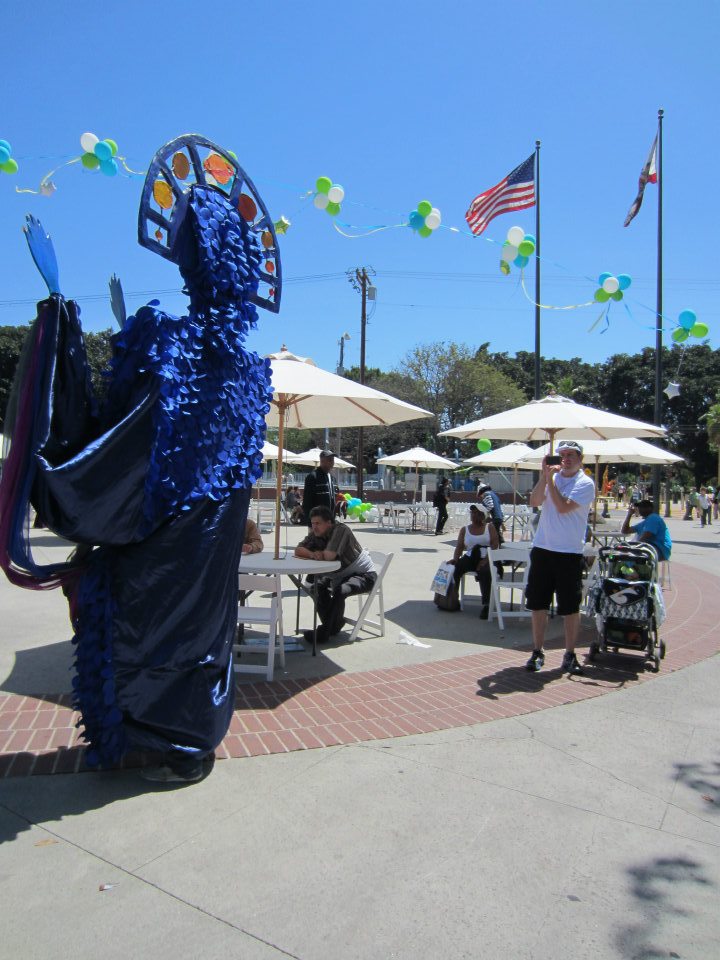 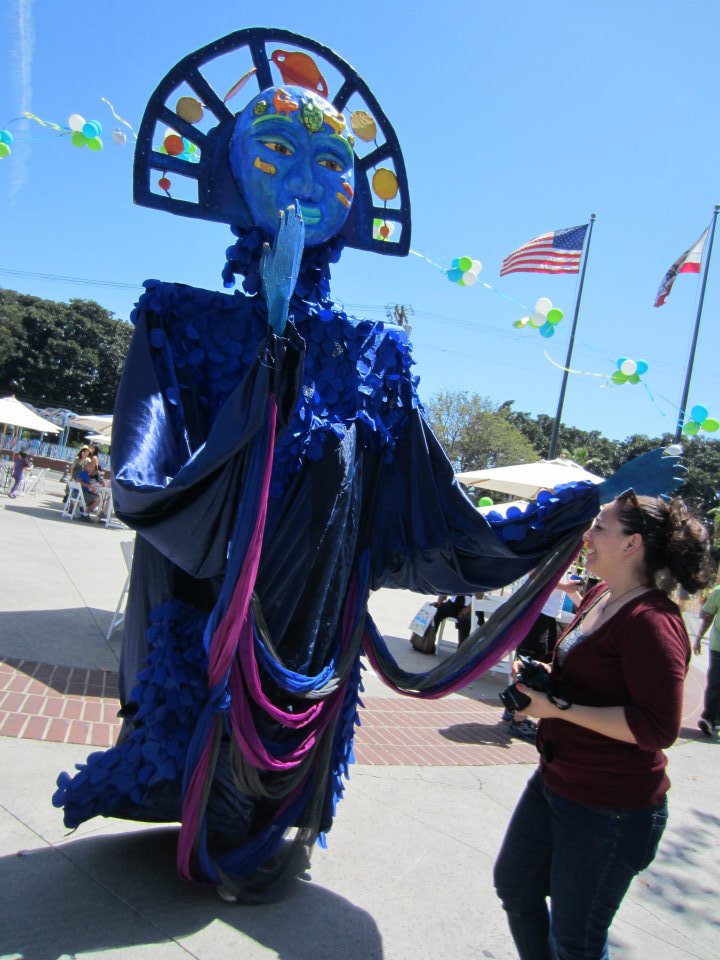 This weekend outing was a big treat for my son, who is a big railroad enthusiast. This day trip was also an informative one for my husband and me in that public transportation by way of modern commuter trains is here in Los Angeles, in our lifetime, and it is yet another means of travel readily available to us.

What a great way to introduce public transportation to the car-loving commuters of Los Angeles. 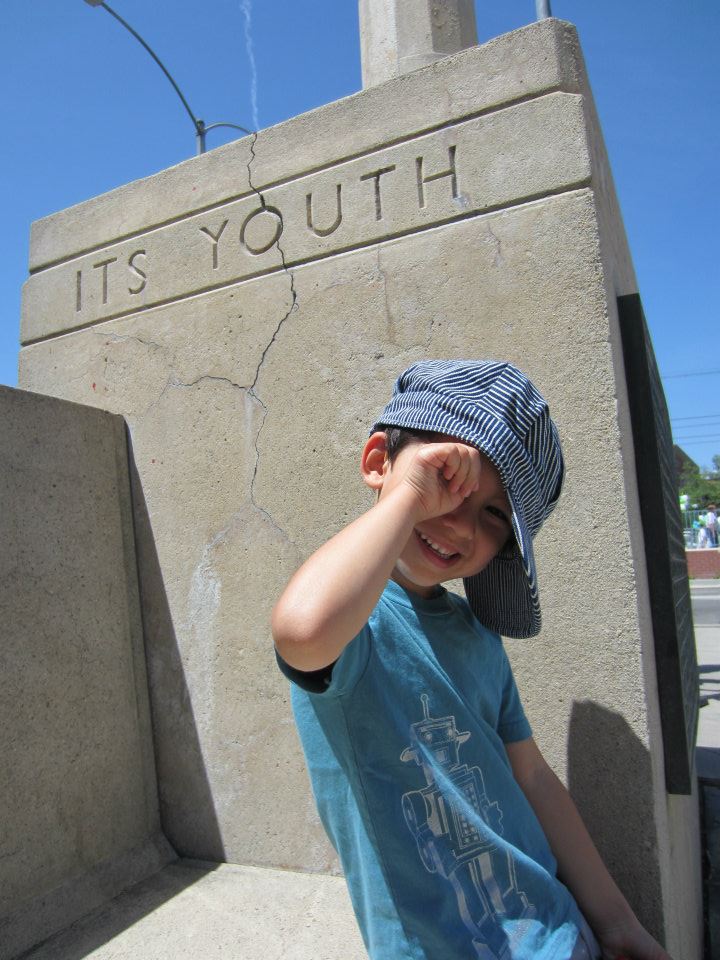 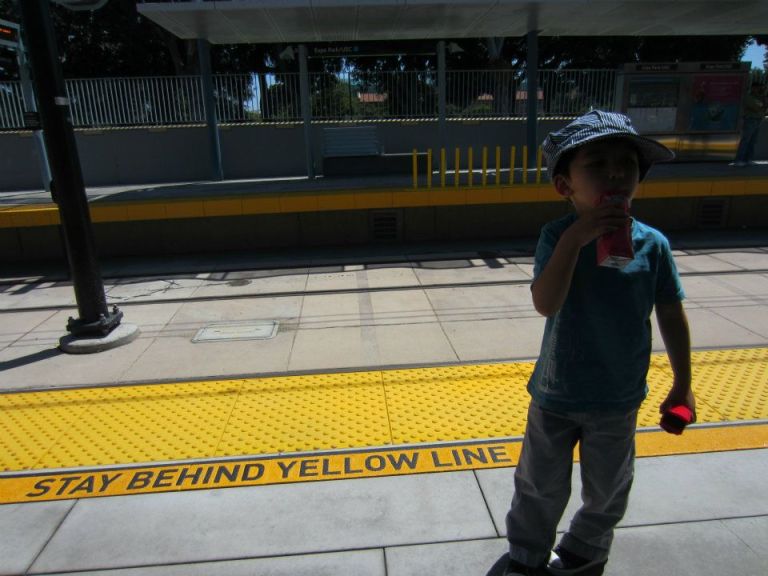 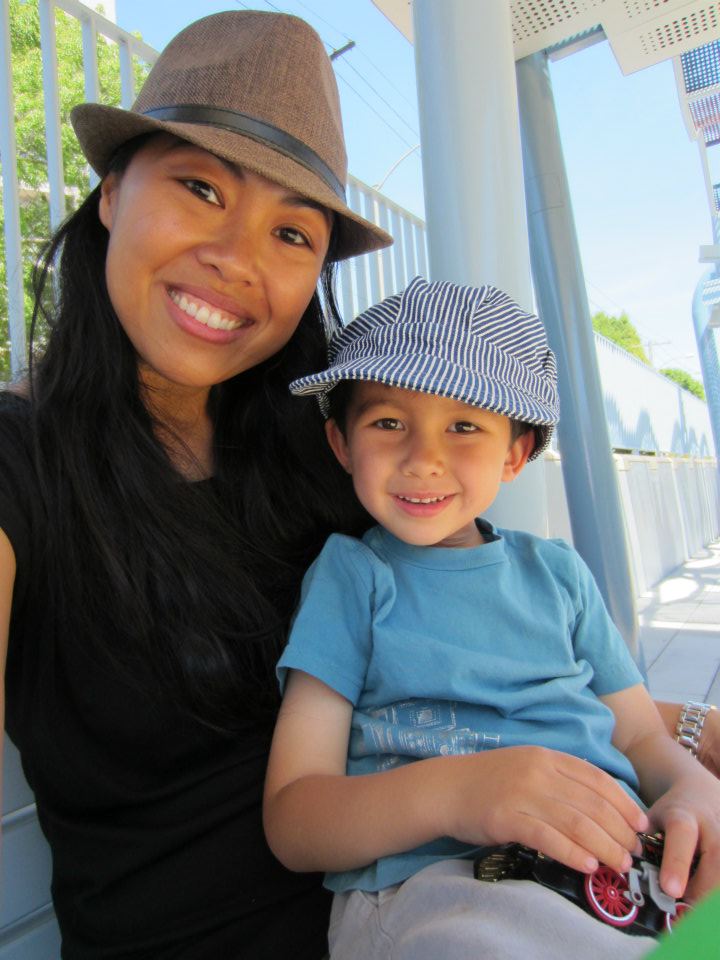 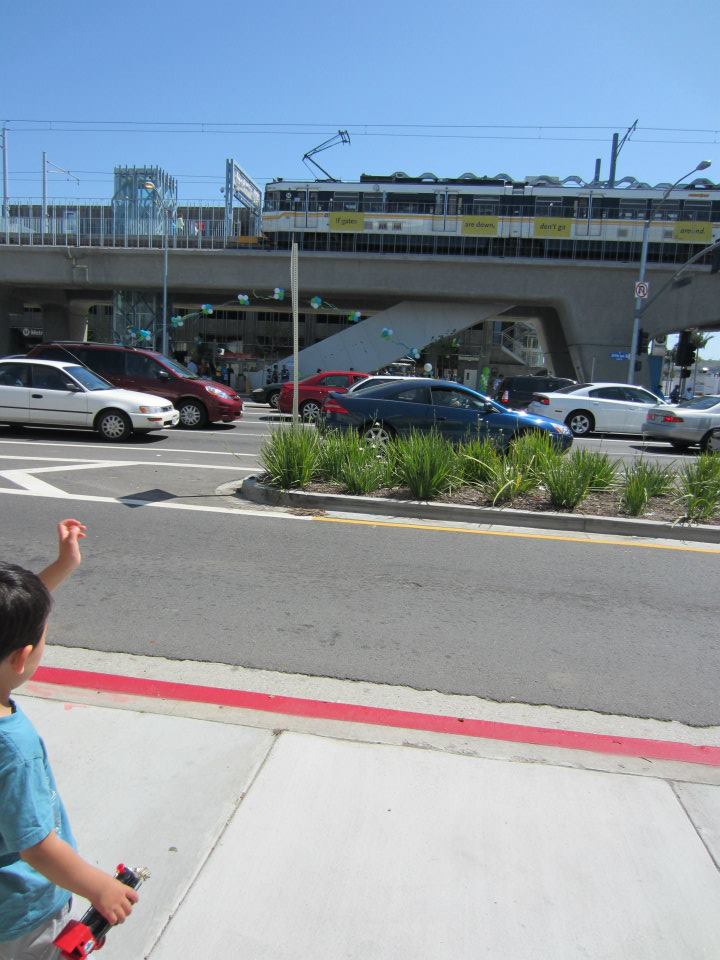