I first learned of Century City during my college years when I took a “Theatre in Los Angeles” class to fulfill a Fine Arts requirement before graduating from Loyola Marymount. Six of the twelve-week course entailed attending local theatre performances, either at some obscure 99 seat venue in North Hollywood and West Hollywood, the Pantages Theatre on Hollywood and Vine, the Orpheum in Downtown Los Angeles, and the now demolished Tiffany Theatre in Hollywood’s Sunset Strip and the Shubert Theatre in Century City. “Sunset Blvd.” starring Glenn Close was the theatre performance I attended with my college classmates at the Shubert.

I never imagined that after college, I would be spending half my adult life working in Century City’s corporate culture, mostly at the Century Plaza Towers (dubbed by locals pre-9/11 as L.A.’s “Twin Towers”) and its surrounding corporate buildings. I often took the Shubert Theatre for granted, never again attending a theatre performance there because I was too busy crossing Avenue of the Stars during my lunch break to meet up with friends who dined at the local shopping center or to run errands for the various supervisors who employed me. I remember walking through what once was the campus shared by ABC Entertainment Center and the Shubert Theatre to meet one of my best friends at her office after she was first hired as a Staff Attorney at Comedy Central. Oftentimes, I would be working overtime in the evenings on something that, at the time, felt like life and death.

When the Shubert Theatre was demolished in 2002 to make way for a more modern real estate development, I regretted not making enough efforts to attend another theatre performance.  I made excuses because I was once again a student, this time pursuing a career in graphic design while working full-time in Century City, that I did not have enough time or funds to do this. I was focused on my career reinvention towards the arts, but perhaps I should have enjoyed life more, stopped and appreciated what was around me, inquired more about stories that needed to be told, etc.

Today, I had originally planned to visit The Annenberg Space for Photography and the Skylight Studios while I still had the kids with me for Winter Break. Nostalgia for what used to be set in so we made a slight change of plans. I was determined to see what became of the Century City I once knew and to appreciate what is there now.

This area is now known as Century Park, and the green space courtyard area of the campus is known as Centerpiece Park. 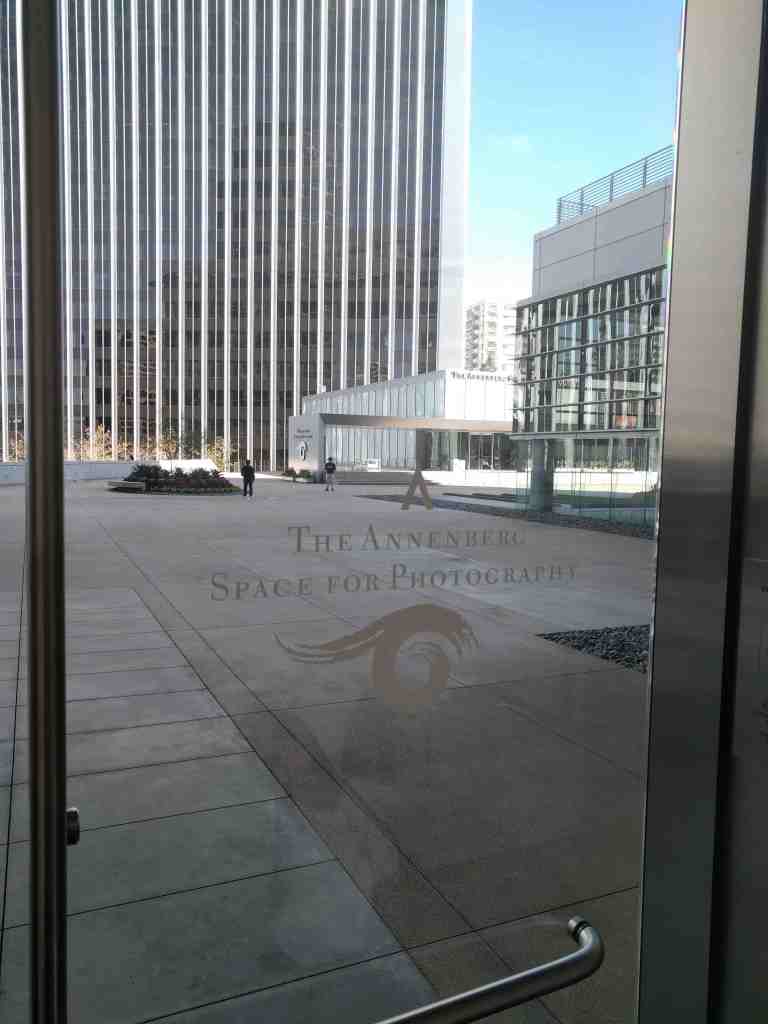 Twin Towers-LA is still there, but nowadays people are calling it the Towers. A lot was done with the campus courtyard — more green space, the opportunity to dine in artisanal food establishments and ample dining tables to use. My kids and I decided to dine there before proceeding to check out the exhibits at The Annenberg. I was so glad we did because it allowed the opportunity for me to reminisce of my college days when I saw “Sunset Blvd.” at the Shubert, or my adult years after college that followed, mostly about silly stories, like the time when I ran across this once concrete space to deliver contracts for celebrities to sign, etc., only to have realized that I have forgotten my Notary seal, etc.

We watched as passerbys strolled across the green space — individuals either rushing to-and-from buildings, groups of people meeting friends across the lawn for lunch, or people dressed in corporate attire busily talking on their mobile phones as they scoured the area for an empty dining table. We wondered what these people did for a living, which transitioned into what we thought were the types of offices that are in the buildings that surrounded us — medical, dental, television, legal, whatever. We imagined what work would be like for the kids when they grow up (yikes, 10 years from now for one of them!).

“Definitely not an actor, but I can be a dancer,” my daughter exclaimed. 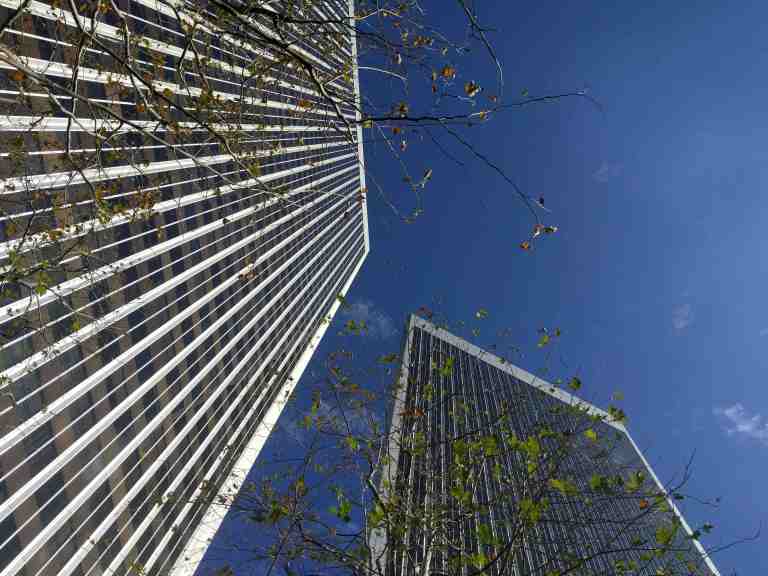 Lastly, we talked about the building that now sits where the ABC Entertainment Center and the Shubert Theatre once was. I explained to my kids that 2000 Avenue of the Stars now houses CAA, a major entertainment talent and sports agency that was formerly housed on the corner of Wilshire and Little Santa Monica in Beverly Hills. I briefly explained to them what talent agents and managers do, and that there might be deals being negotiated there right now for future movies and television shows for them to see.

“Maybe even a famous person you guys would recognize from television is roaming the halls there.”

“It looks like a square built out of Legos, only it is made out of glass,” said my younger child.

“Yes, and do you see the building behind it? That building is famous because of ‘Die Hard’, starring Bruce Willis and Alan Rickman.

“Who?” asked my elder child.

“Hmm, you probably wouldn’t know Bruce Willis, but you would know Alan Rickman. He’s the actor who played Snape in the ‘Harry Potter’ movies.”

“Ooh, look at the airplane!”, my younger one interrupted.

After a quick scan of the campus, I realized that we were the only ones remaining at Centerpiece Park, probably because everyone else went back indoors to work due to their various lunch breaks being over. While it was time to wrap things up so that we can enjoy the exhibits that await us, it was interesting to visit a place that you once knew and to explore what it has become after a long absence.

Oh, but to be a fly on the wall to see and hear what is going on in these buildings…