Andy Warhol’s 102 silkscreened canvas series entitled Shadows is on display at The Museum of Contemporary Modern Art (also known as MOCA Grand Avenue) through February 15, 2015, so we decided to make a day trip to Downtown Los Angeles to view the temporary exhibition of my favorite artist.

We arrived a little early, so we decided to check out the new, Rios Clementi Hale Studios-designed playground at Grand Park LA, which is within walking distance to MOCA. This playground, which opened last fall, is fantastic. My kids enjoyed climbing the 20-foot-tall tree fort connected to two slides, climbing ropes, making music with the readily available xylophones, running around and jumping on the soft faux hills and hanging out together in a shaded tunnel. 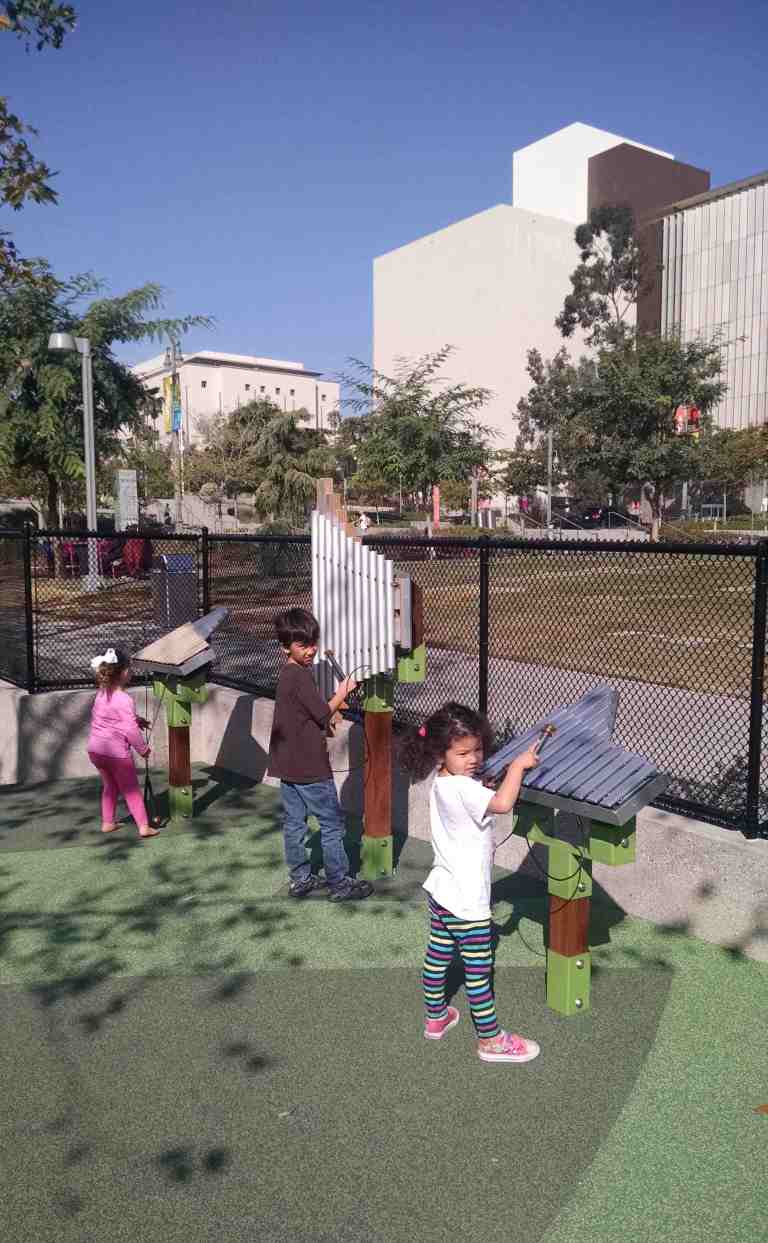 Half an hour into the child’s play, my husband and I realized that we have been there for well over an hour, so we decided to head towards MOCA. The walk up the hill was quite enjoyable. We were able to show the kids one of the older LA Times buildings that I admired since I was a child, the gleaming Walt Disney Concert Hall and the construction workers tirelessly putting the finishing touches to the Broad Museum’s exterior in anticipation for its public Open House next month.

We finally arrived at MOCA, where we admired Andy Warhol’s full collection of Shadows. I personally found the repetition of the wall-to-wall display haunting as I was unfamiliar with this body of work. It differs greatly from Warhol’s more famous Pop Art pieces. Further research about this 1979 collection revealed that public appreciation for Shadows has been abysmal. More information about Warhol’s thought process behind this particular body of work, as provided the Dia Art Foundation, by can be found here. 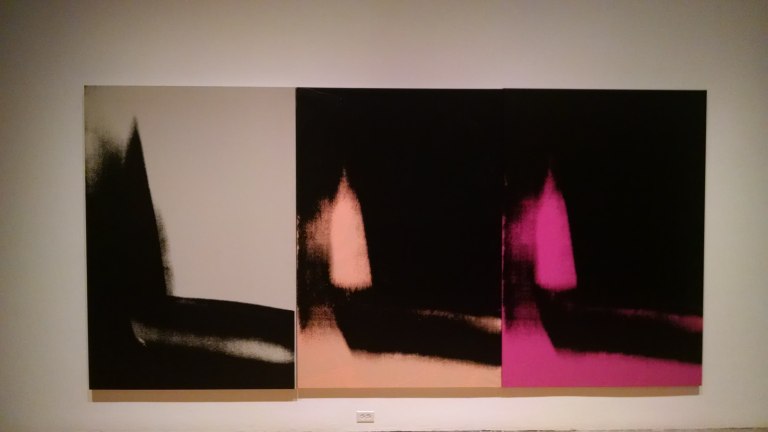 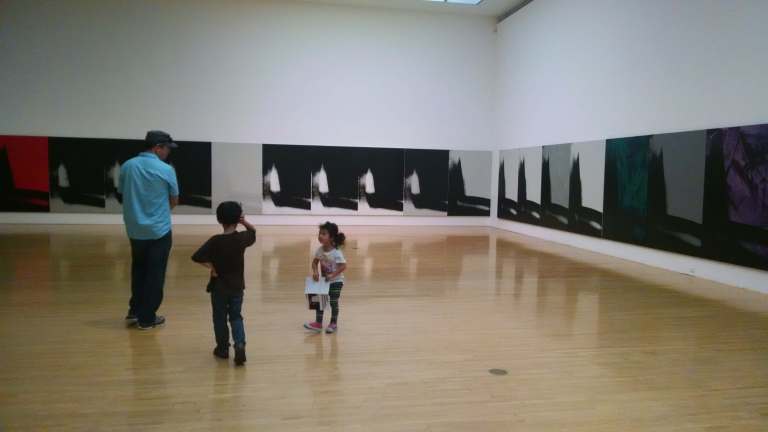 During our visit, we were also treated to MOCA’s permanent acquisition of Warhol’s Telephone, 1961 (acrylic/pencil on canvas artwork).

It was near the end of our visit, so we ended our day trip by visiting MOCA Grand Avenue’s permanent outdoor installation. Quite stunning, indeed. 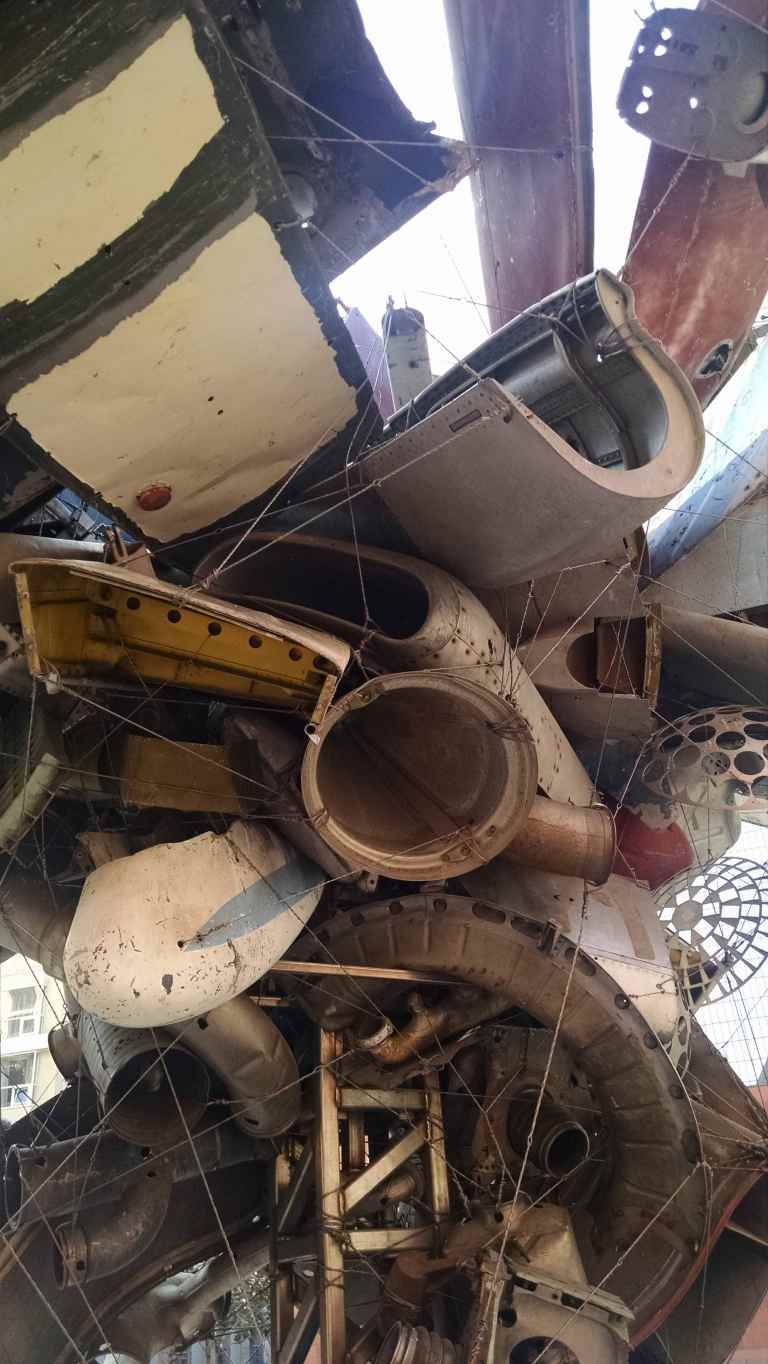