Vincent Lugo Park (formerly known as Wells Park) in San Gabriel, California is the location of the few remaining concrete artwork of the late Benjamin Dominguez, a Mexican artist who immigrated to the United States in the 1950s.

Locals who have frequented this park since the 1960s also refer to this magical place as La Laguna de San Gabriel, or the more informal Dinosaur Park, Sea Creature Park or Monster Park, because one can find sea monsters, fantastical dragons or realistic sea creatures such as seals, whales and an octopus, sitting on what should be the typical safe jungle gyms in the sandbox, the apparatus that frequent modern playgrounds today.

The concrete play structures are reminiscent of Dominguez’s artistic expression of the “Fantasy Parks” commissioned by various municipalities located in New Mexico, Nevada and Southern California. Dominguez created these sculptural creatures from beginning to end, first from drawing the plans, creating the skeletal models, and ultimately adding on the finishing details of the concrete materials for children to play on… or with, whichever fits one’s fancy.

Friends of La Laguna, a local organization dedicated to the preservation of Benjamin Dominguez’s works, have worked diligently to conserve these works of art at Vincent Lugo Park. Through secured funding, the restored sculptures, once riddled with graffiti, cracked surfaces and chipped paint, helped solidify Vincent Lugo Park as a California Registrar of Historical Places in 2009.

I frequented this park in the late 1980s after school. Since then, I brought my family here twice, first in 2012, six months after the grand re-opening of the park (it was closed for a time for the park renovation and accompanying restoration project of the sculptures), the second time during this year’s Spring Break.

It was great to see how the redesigned garden surroundings that was part of the park’s 2012 renovation finally grew in four years later so that the “monsters” seemed more elusive for my kiddies. That was a fantastical experience to witness.

The familiar sign of my past suddenly came to view, and behind it, the monsters! 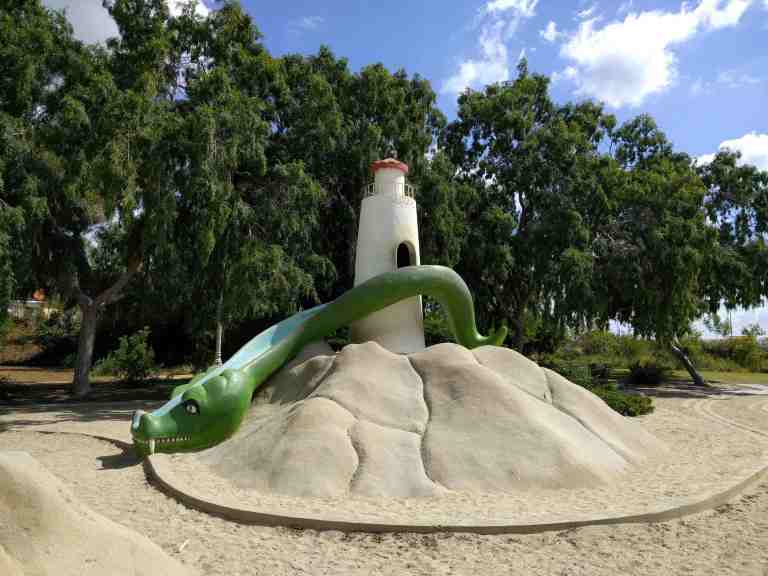 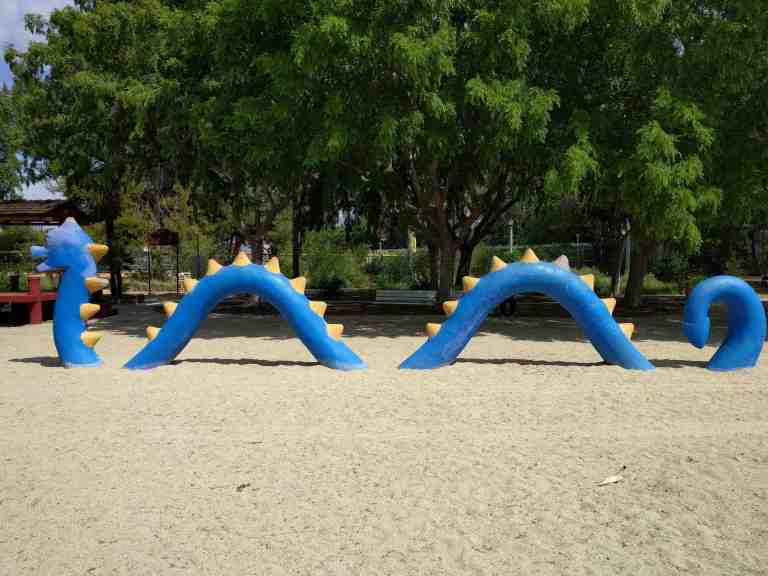 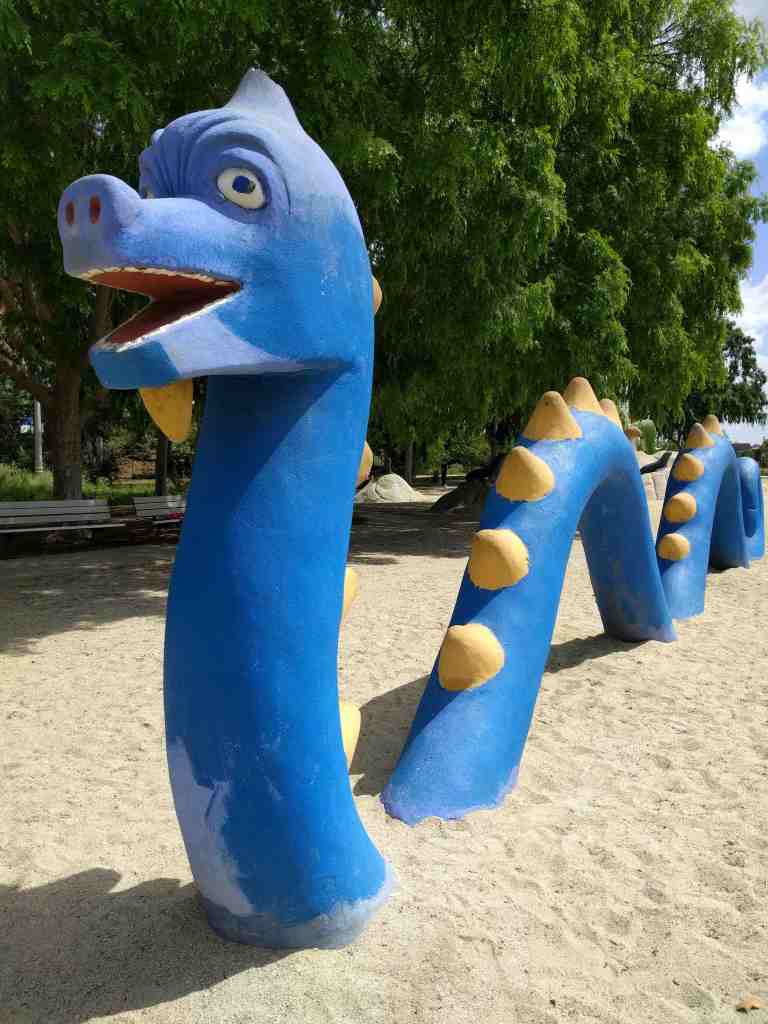 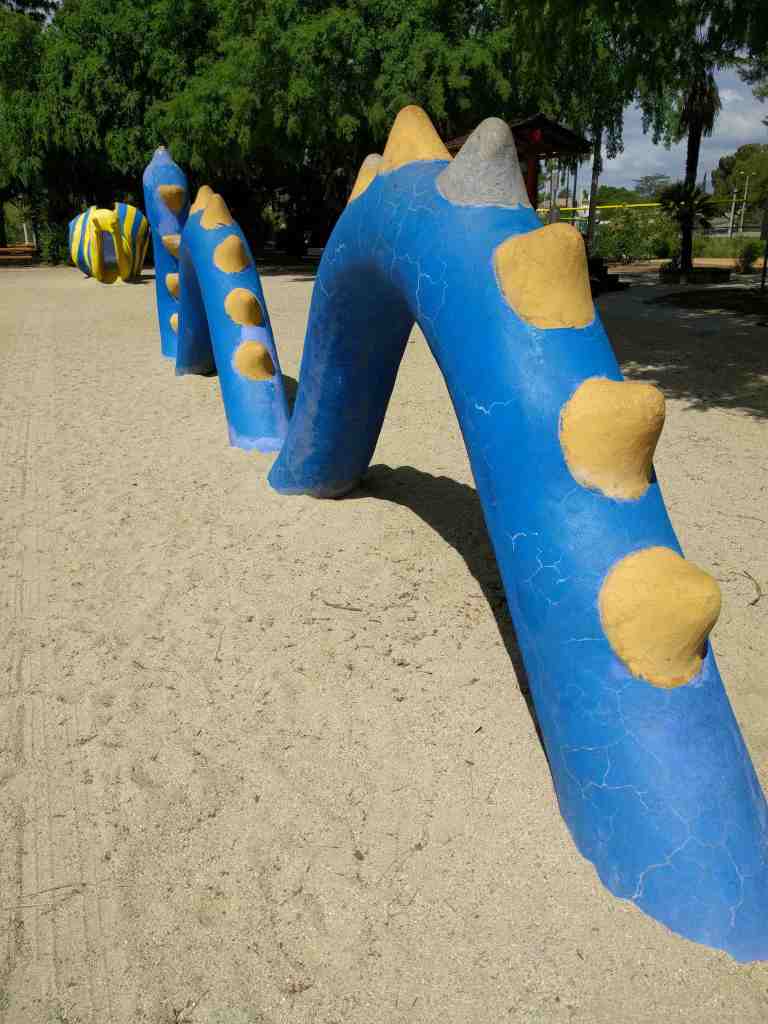 What was a planned one-hour trip to a playground of my past turned into a three-hour afternoon play date with beautiful and colorful mythological creatures for my family and friends. It was wonderful to see our children’s imaginations run rampant as they brought these magnificent creatures back to life during their interactive role playing. Fun for all. 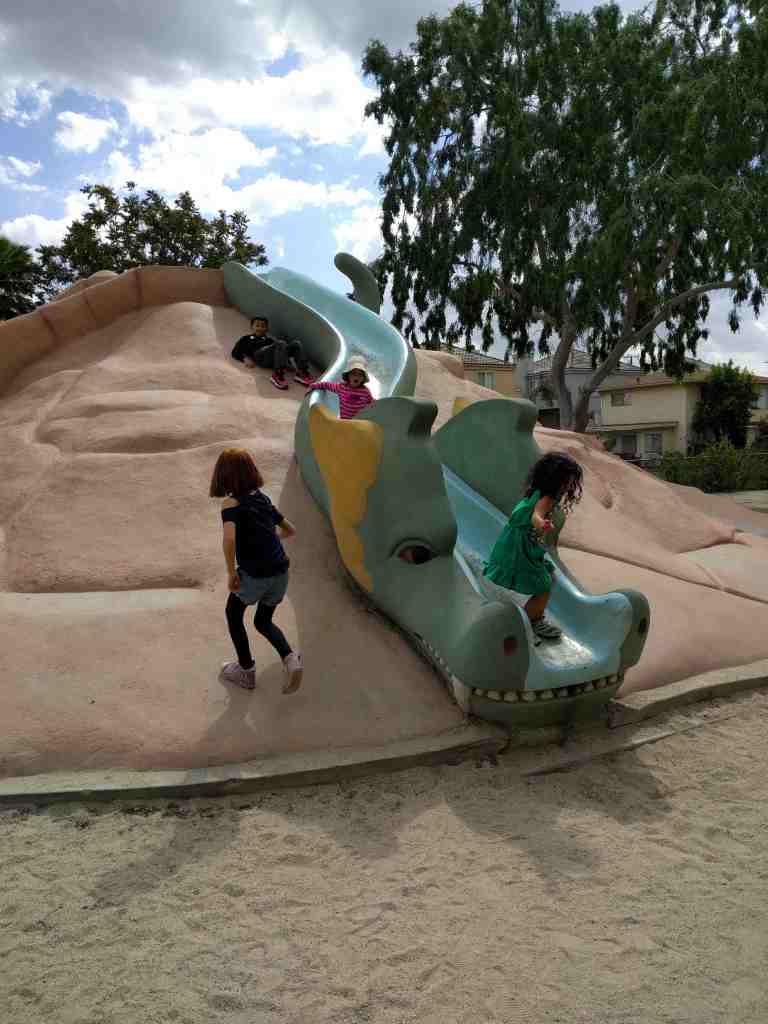