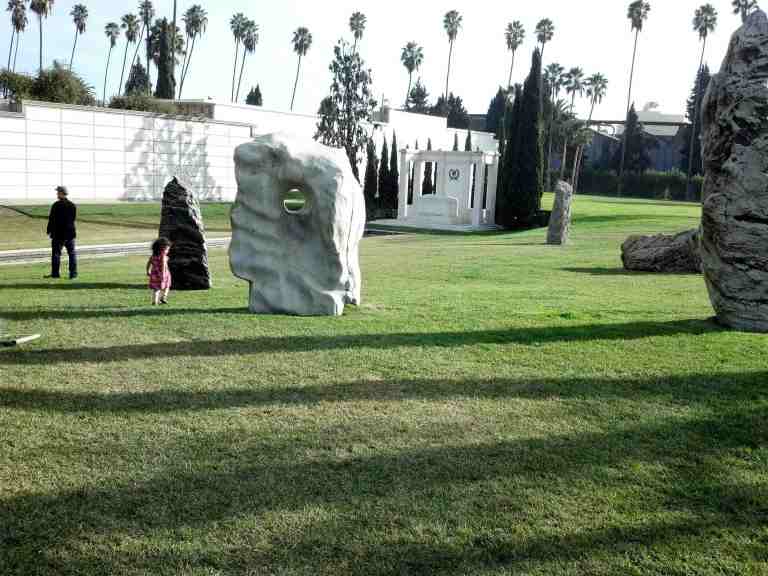 I spent part of my early childhood years living within a stone’s throw of the area that is now known as Barnsdall Art Park. Barnsdall Art Park is a tract of land donated to the City of Los Angeles Recreation and Parks Department by Aline Barnsdall in 1927 with the intent that it be used for a theater colony for the Los Feliz community. Check out the history behind Barnsdall’s original intent for the once 36-acre Olive Hill tract of land here and here.

Recent media coverage of this area featured the near completion of the four-year restoration/construction of the Hollyhock House, the unfinished Frank Lloyd Wright-designed residence located within the grounds of the now 11.5 acres Barnsdall Art Park. Feeling nostalgic for my days as a four year old, I suggested to my family that we have a picnic on the grounds and then walk around the park to see the progress of the Hollyhock House restoration.

We arrived to find that the Hollyhock House was still a “work-in-progress”, so much so that there was really nothing to see. Glimpses of the building’s unique, temple-style exterior, along with elements of Frank Lloyd Wright’s modern interpretation of Aline Barnsdall’s favorite flower, the Hollyhock, peeked out of the boarded up, covered and fenced in rooms and gardens. Near completion was an overstatement. We later learn that the opening has been pushed back by at least six months by one of the park patrons who was on the green space about to practice Tai Chi with his friends.

After a relaxing and quiet picnic, we decided to walk around the rest of the Park and was pleasantly surprised to find that a lot of activity was happening. Separate buildings to the east side of the Park housed art galleries, art studios and a well-groomed garden. We asked other families who seemed to also be enjoying the nearby landscape gardens and art galleries about whether the Park hosted community events here and were told that the Park offers studio art classes for people of all ages.

Perhaps honoring Aline Barnsdall’s desire for the use of this land as a theater colony shifted, focusing more now on providing studio arts education for the community. Still, it was impressive that her Bohemian spirit lives on through these recreational activities as offered by the City.

2016 Update: The use of Barnsdall Arts Park have since expanded to include various community events; check out the venue’s site for listings and more information here. 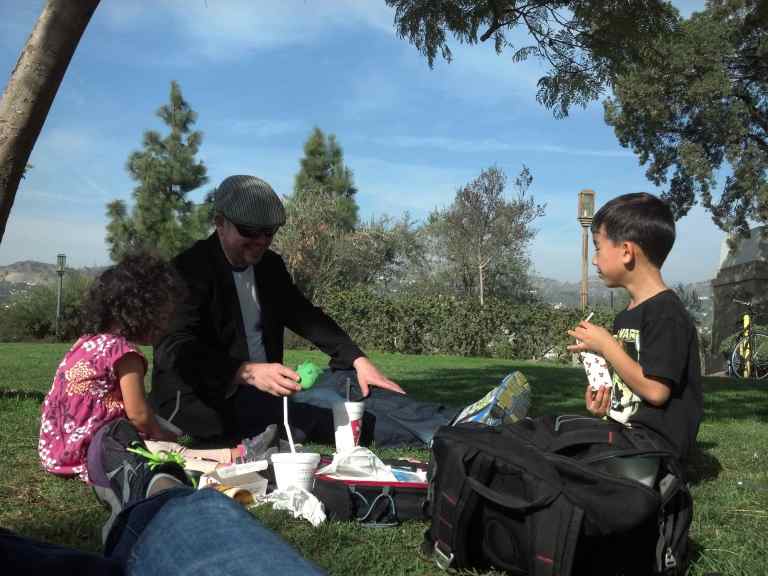 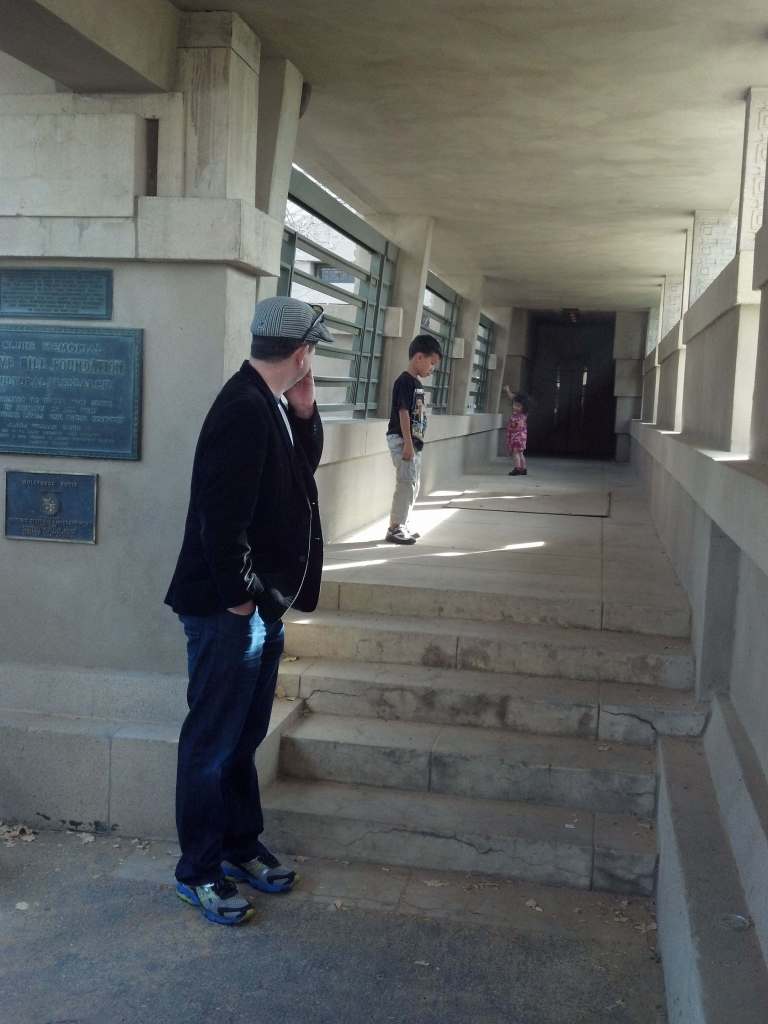 This time, it was now or never. So off we went, with kids in tow.

Check out this larger-than-life cenotaph of Johnny Ramone, who was buried here soon after we stopped frequenting Hollywood Forever. 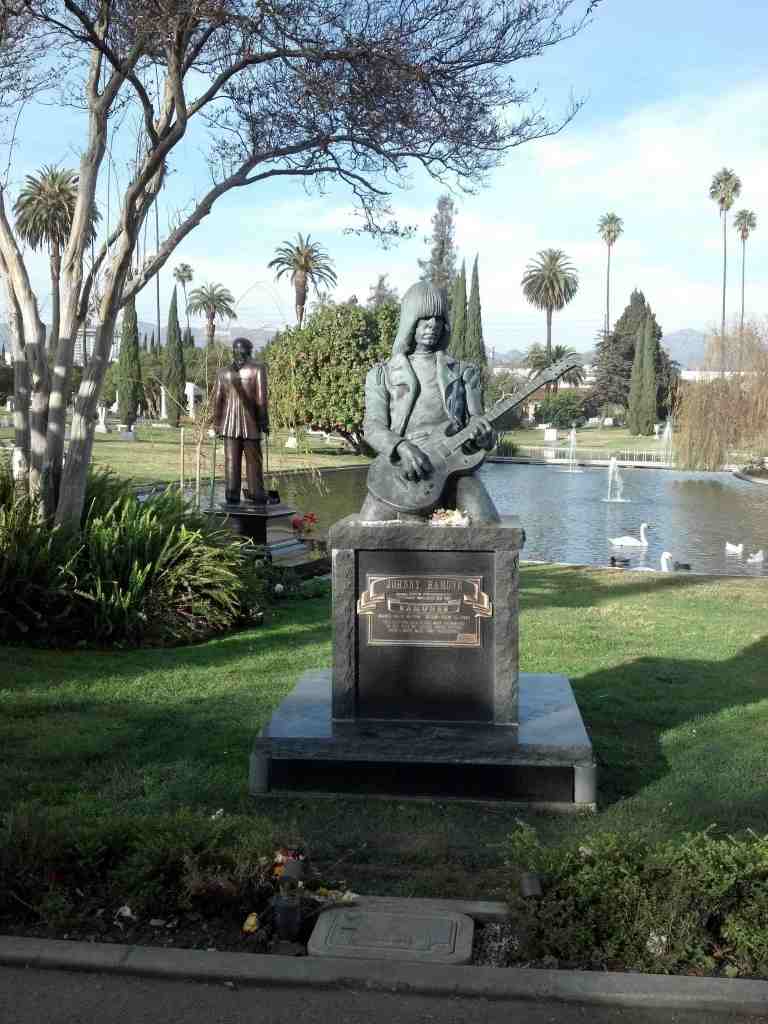 Many people are buried here, but the draw of Hollywood Forever Cemetery is the beautiful grounds housing the magnificent gravestones and the old family mausoleums of the once living social influentials of early Los Angeles. Included here are the early movie stars of silent cinema, as well as more recent film, music and television stars. There are too many to name, so if you are interested in the human coverage of the lives lived, you can read the fantastic coverage collected by Hollywood Forever Cemetery here.

During this visit, I learned that beloved animals are buried here, too. I probably would not have noticed Toto’s grave had it not been for my kiddies pointing it out. 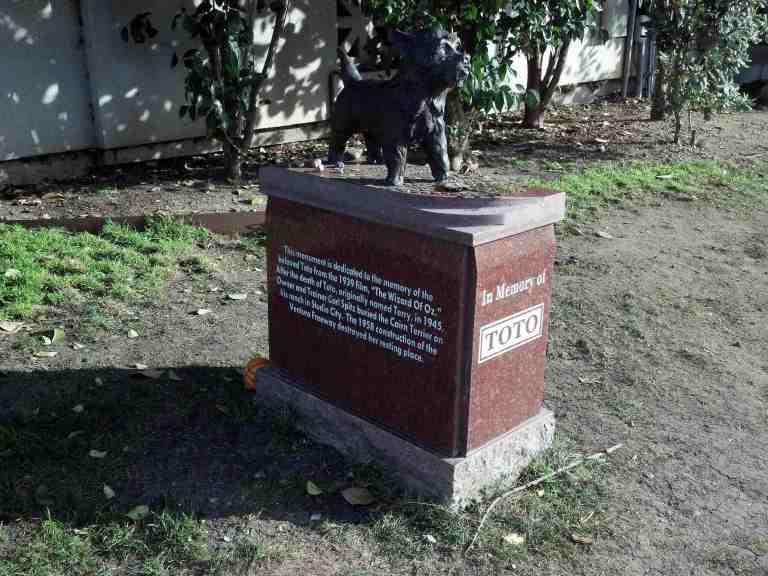 The living of the feline and fowl variety also walk the beautiful grounds. 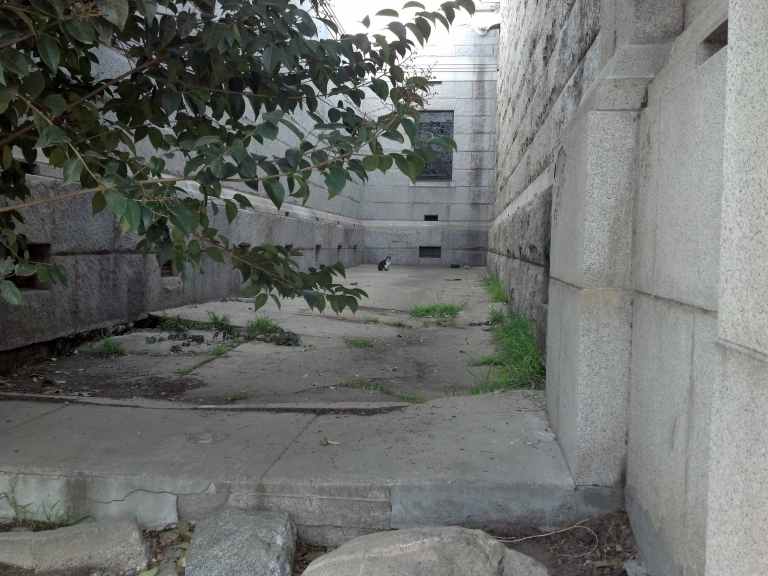 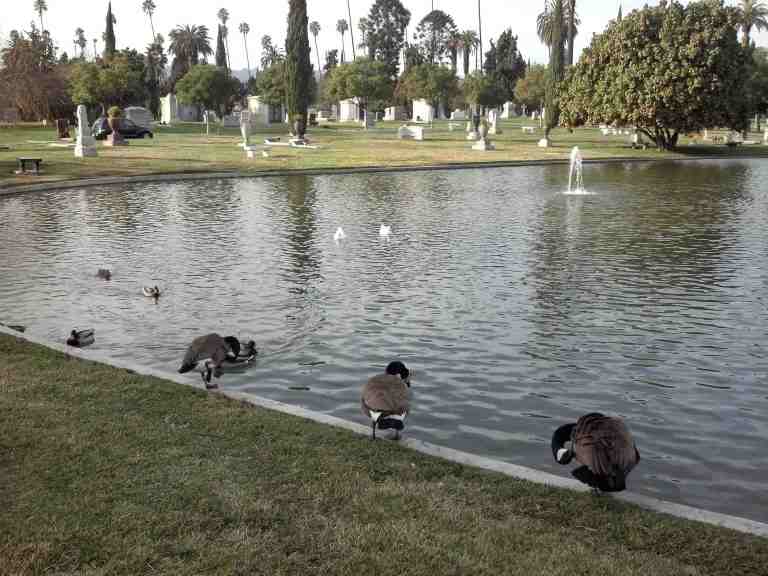 There are so many beautiful elements to be seen at Hollywood Forever and the view changes at every season, such as the red hues from the changing of the leaves (yes, autumn weather does exist in Los Angeles) or the colorful array of visitors who come to pay respect to their loved ones during the Dia de los Muertos event hosted here.

This was indeed a worthwhile trip to two Hollywood landmarks for this brown-eyed local.